All you need to know about the history of logos

The advanced technology has engulfed the overall world, with each passing era, there is a new wave of the business techniques that entrepreneurs are applying. Business logos are the primary way of recognizing the brand; today, we all can spot the McDonald’s branch just by its logo, which is “M”.

All the symbols and elements of graphics that we observe are the final result of the hundreds of the graphic techniques studied and applied in the last few centuries. Started from the mere floral and artsy to flat and minimalist, the overall history of logo designs have shaped our current comprehension of symbols and shapes.

Once you have been through the collaborating microsite, you will understand the significance of logos in regular life and how in the last few centuries they have evolved. What comes to your mind when you see the logo of Apple? Or Starbucks? There is a whole logo history hidden behind them, we see mere a picture only but what we do not see is the meaning, hard work and all the thoughts that are put behind the making of the logo.

All the famous logos mark significant milestones in the logo history and logo evolution. There is a design philosophy that has helped us recall a thousand words of speech with one single symbol only.

Nevertheless, let’s walk you through the history of logos and their evolution.

The history of logos goes back to thousands of years; however, they have been in different forms. In order to symbolize their ownership, the Ancient Egyptians used to brand domestic animals with the cyphers. Later the Greeks and the Ancient Romans started marking their pottery to recognize the manufacturer.

Over time all the prodigious faiths of the world have started using symbols so that their brand stand out in the market. From the 12th century through the feudal times, the entrepreneurs used to imply the heraldic designs to classify the nobility property and the nobility status.

Nevertheless, due to the change in customer behaviour, culture and trends, there have been a gradual shift is the logos today, they are far different from the older ones. Due to the advanced technology, the logo culture today is pretty advanced. We can see there is a drastic change in the logo designing from the complex designs to simplicity. It reflects the visual burden that people have experienced as a result of their tough and hustled bustled lifestyle.

Important for you: Logo Redesigning- The do’s, the don’ts the how’s’ and why’s

The Victorian era was the early attempt to the symbolism, during the reign of Queen Victoria, she brought in various artists and designers to the frontline. Their contribution was widely appreciated all over the world and impressed the queen Victoria immensely. It gave rise to the gothic culture, the famous Pepsi logo that we see today started as the Gothic-Esque typeface, which was first introduced in 1898.

Moreover, the era of Victorian history further witnessed the fame of the various fonts that followed the taste for the baroque elaboration and the functional shadows to the letterforms in the logo designing field. The logo history is filled with the various famous artists contributing to the field and made the logos that stood out in the market.

According to the famous logo designer Paul Rand,

This particular era was more of a more romantic and poetry period, where graphic designers made the use of flowers to make the logo of the famous brands. The era served as the bridge between the conventional Victorian era values and modern movement. A few of the famous brand logos of this era include the Jack Daniel’s logo. The artist integrated the curved outlines with the minimum illustration and the flat design.

The one element that has been constant since the year 1875 is its “old no 7” logo. The logo of Jack Daniels is still one of the most famed logos in the beverage industry’s history of logos all over the world.

In the overall history of logo, the early modern era gave rise to the rebellions. The graphic designers broke free from the conventional designing roots and started playing with the new tools. In this era, the creators created the geometrically perfect logos with the minimalistic approach to have clean font and photos.

One of the most famous logos of this time is the Greek God Hermes logo, the winged foot in this logo showed the roman God mercury. It is known as the Greek God Hermes, which means the messenger of the Gods. The designers experimented the new tools and techniques and came up with the catchy and attractive logos for the various brands. This era is marked as the modern era in the logo history. 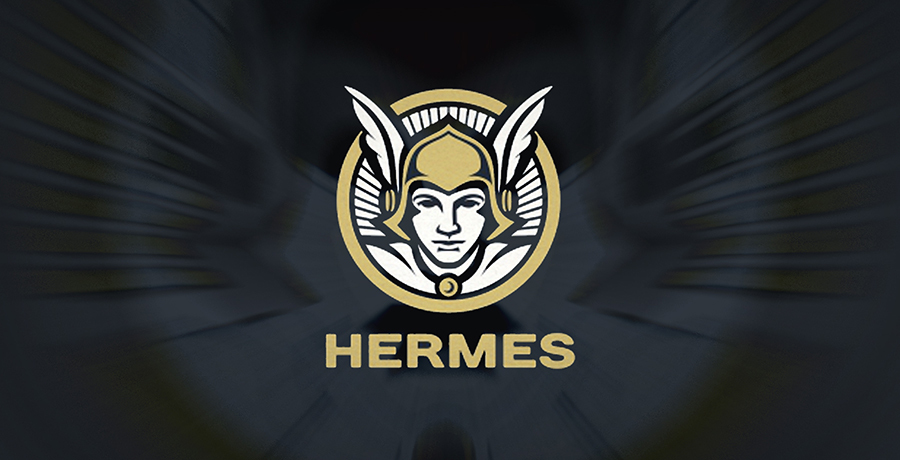 The modern era is more of the make- it- new period; the designer left all the traditional and old tools back in the 19th century and entered the 20th century with the new and innovative mind. The late 19th century and the early 20th century was more of the minimalistic era, where the designers and even the audience liked the simple yet classy logos. The public did not appreciate ornamental and curvy shapes anymore. The famous Adidas logo is the true depiction of the modern era, simple and yet gives room to the various interpretations. This was the era when the designers finally said their goodbyes to the decorative and fancy logos.

If we look at the logo history, the start of the 20th century introduced the colour printing and gave birth to the advertising industry. Back in this century, the logo designers tend to use the language of marine, national, agricultural and heraldic images. Earlier, the public was the smart cookie; therefore, they had an idea about the meaning of all those symbols. National and heraldic symbols showed status and dignity, whereas agricultural and marine symbols represented purity and freshness.

Unlike the current era, the history of the logo shows that people earlier did not have the concept of target marketing, which gave a free window to the designers to use all these symbols for their product advertisement. For instance, cigarettes used the full symbolic language to make the merchandise more appealing. However, now, things have changed, and people have started to associate it with cancer and other lung diseases.

The use of Adobe Illustrator

The advent of advanced technology has turned the world upside down; we cannot mark the digital era as a traditional or historical movement. The contemporary logo design era is far different from the earlier periods. Today people can be messy and still appreciated; no rules policy is observed everywhere. The designers can be extreme, chaotic, illegible, absurd, expressive, messy, and muddy, and they would still be valued. The business organizations today are quite flexible, as long as their demands are met, and they are happy with the result.

The best example of being minimalistic and sending away the exact message of the company can be seen in the logo of the “Horror Movies”. The untying of the contemporary rules made ways for the experimental fonts and the arbitrary textures as observed in the Horror Films logo. The simplicity and minimization of this logo won the hearts of the public and is still loved by people worldwide.

People all over the world are appreciating simplicity and plainness more, as they are living by the motto of less is more. The designers today are offering the illusion of multiple dimensions and are more focused on the simple use of the plain elements. It is one of the best designing techniques as it makes the user interface designs to be more efficient and aligned.

The “Apple” logo is the finest example of the current era as it has been a trademark in the design circuit all over the world. The logo is effective, memorable and most importantly, simple. Another most significant example is Audi’s logo, it simplistically shows the merger of four well-known motor vehicle manufacturers such as Wanderer, Audi, DKW and Horch. All these four independent manufacturers joined together to give birth to Audi. The four-ring design was introduced on the 10th anniversary of Audi and has been loved by people all over the world. 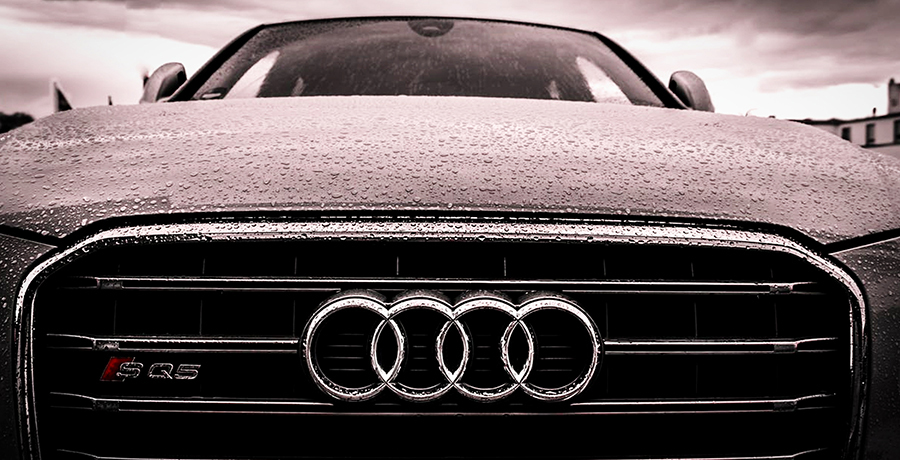 You may find it interesting: Why is Minimalism a hot trend among Logo Designers in 2020?

While the purpose of the logo is the send the message to the audience, the brand’s purpose is to identify. A logo is not only the symbol of what it is, but it also adds meaning to the brand as it represents its values. We, as consumers, do not tend to have any emotional connection with the brand until and unless we comprehend the story behind the logo. Once we know it, we develop a connection with it and gradually become a loyal customer of the brand.

As stated by the famous logo designer Paul Rand,

“A logo derives meaning from the quality of the things it symbolizes, not the other way around.”

The designers are anticipated to follow the mantra of less is more in the future as well. Logo history shows that designing has come a long way over the last 200 years. With the passage of time, collaborative approach along with the open innovation changed the graphic design industry’s dynamics. The rapidly growing industry aligns the organizations with the graphic artists, illustrators and the logo designers from all over the world to design the best logo for the businesses.

Apart from the, less is more mantra; we can predict that the future of logo design may adopt the image recognition technology or the logo detection technology. The only thing that will matter in the future is the quality of the logo. People today are more interested in having the logo that stands out in the market and clearly communicates with the audience as well. The future will demand the same. There is not much change expected in the future, but you never know, technology can always surprise us. So keeping our fingers crossed.