Book Cover Design Tips: what you need to know?

A book may not be “judged” by its cover by a book worm but it certainly draws attention. I always told “your first impression is the last impression” or “the first impression counts the most”. It’s the same with books. You won’t be flipping pages until the book cover design calls you towards it (of course I don’t mean that literally).

Not only are book cover designs the first bait for a book reader to discover more but are also a source of conveying the book’s genre, what the book is about and is a big sales tactic especially at a time where self-publishing forums have emerged and readers tend to browse through thumbnails while selecting a book over the internet.

Even for those who love to do it the traditional way .i.e. visiting a book store and actually turn the pages, there are innumerable options , hence your book cover design needs to catch their eye!

So what exactly makes a successful book cover? Here are a few book cover design tips that’ll make you understand how to design a good book cover (or get a book title designed).

The term ‘your’ here doesn’t apply just to you as the author of the book, it implies that anyone who designs a book cover must be aware of what the book is about. Your designer needs to know your book. You can’t for instance make a romance novel’s book title design, portray the image of a horror story! To make book cover designs relatable to the content which is of course the essence of the book, is as important as creating a design which grasps attention. 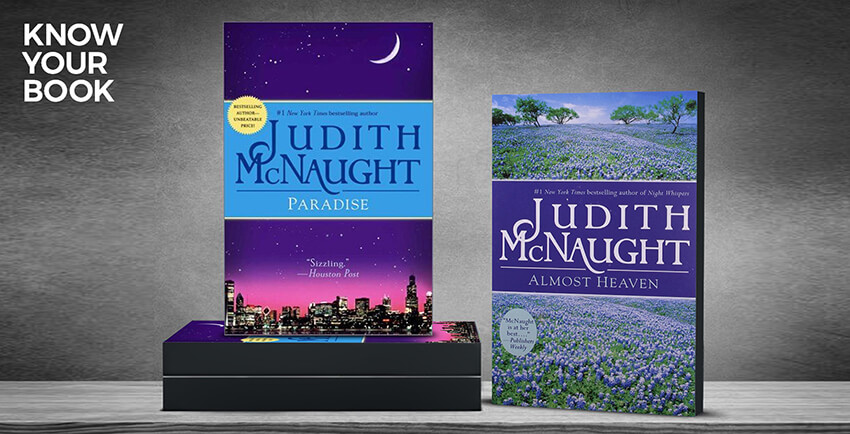 Take Judith Mcnaught’s book title designs for instance. She is renowned for her romance writing which mostly stars a woman and everything from the color palette to the title’s font is indicative of the genre. You wouldn’t mistake it for a story about a haunted house.

2. Focus on one element

Don’t make it complicated. Your book title design should ideally focus on one element which mostly explains either the genre of the story or is something which is an integral part of the content. 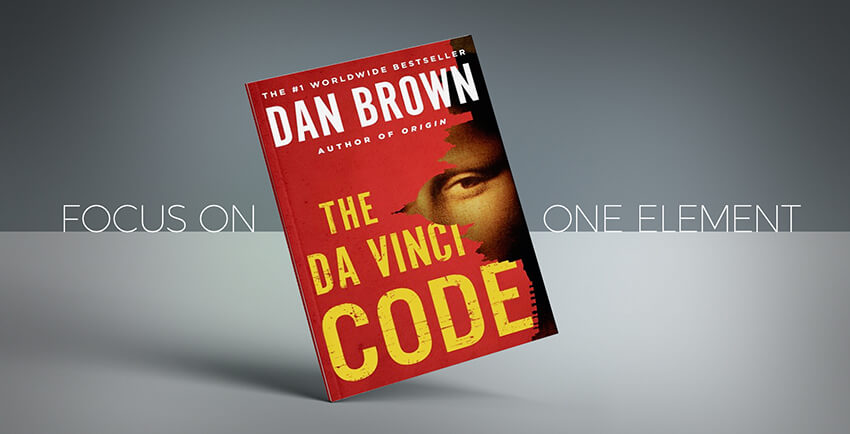 I’m sure this name might not be unheard of. The Da Vinci Code was an extremely popular novel of its time and one that ignited a lot of controversy. Coming back to the title design however, these inspirational book covers don’t miss their target. Anyone looking for a mystery can tell that Leonardo Da Vinci’s Mona Lisa has an important role to play in the story.

3. Your tile is the first priority

This is like the logo of your book. It’s the first thing that any book buyer will see. It is important to invest as much thought into the title design as you must have done while contemplating on the title itself!

As mentioned previously, your book cover design should be a visual portrayal of the book’s content and it should act as the distinguishing factor that leads you to never mistake it for a similar book: so no pressure. When designing the title of your book there are four key points to bear in mind:

a. The title should be readable .i.e. the font you’re selecting must not be complicated for the potential buyer: no one wastes time trying to figure out the title

The cover design for J.K Rowling’s famous Harry Potter and the Deathly Hallows which is the last of the HP series is a classic example of how the title should be visible to the book finder. There is no way that you could miss the big golden letters, written in the classic Times new roman font.

b. The font should represent the content or genre of the book (refer to Judith Mcnaught’s example given above)

c. Make sure the color of the font doesn’t blend in with the background. Your title should stand out

Consider the example of this book by Sidney Sheldon, a popular writer who highlights women-oriented issues, mostly. Sheldon’s works are no doubt remarkable but I’m talking design here. Could you make out the title of this book from afar or as a thumbnail over the internet?

The color of the font on this book cover design blends in with the background thereby making it a real task for anyone who is browsing through books to actually read anything accept the author’s name.

d. Don’t let other design elements clash into your book’s font/title. You may want a creative book cover design, nevertheless the creativity shouldn’t interfere with the font’s readability. 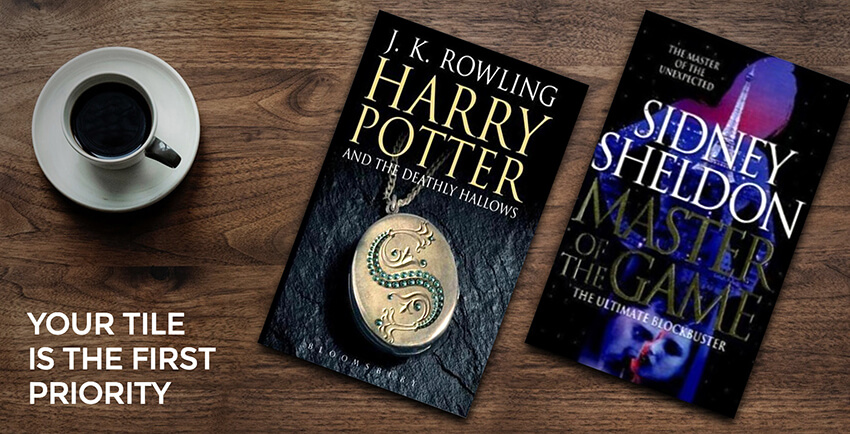 There’s no need to add every ingredient into the pot: that’ll just create a tasteless disaster! Cluttering the book cover design with various elements will only divert attention from it. No one wants to invest time and energy into a complex looking book cover where the font and theme is difficult to comprehend. 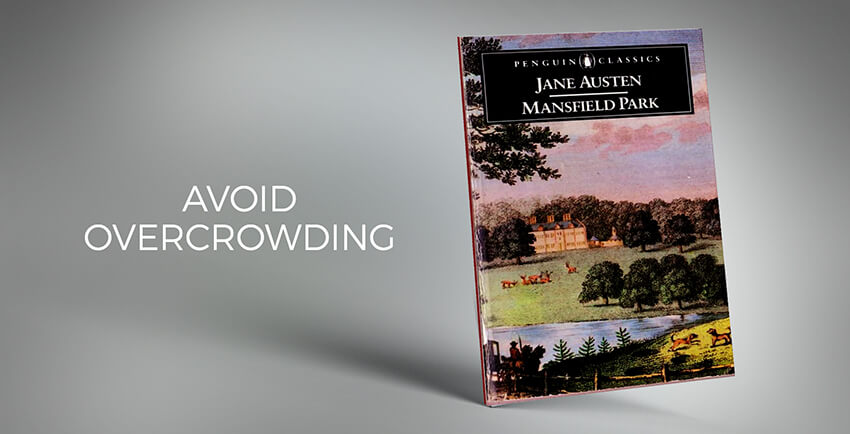 Here comes the tricky part though: book finders don’t usually judge a book by its cover but that’s exactly what you must try to do! Make your book title design drag them towards your book but with minimum visuals.

You need not look too far for this! Search within your book and you’ll find a creative cover design. In simpler words: the theme of your story or anything which is an integral part of the novel will guide the designer to make your book cover creative.

Stephanie Meyer’s magical Twilight proves to be an inspirational example not only for fiction writers but also for book cover designers or authors who want their covers designed. Creative yet incorporating all the elements stated above, the twilight series is amidst the best examples for creative book cover designs.

The first Twilight cover shows two hands holding an apple which is actually a turning point in the book itself: the vampire catching an apple.

Similarly the last part, Breaking Dawn is mostly about the female protagonist Bella protecting her daughter and family like a queen, hence the cover which illustrates a chess board and a queen protecting the pawn. 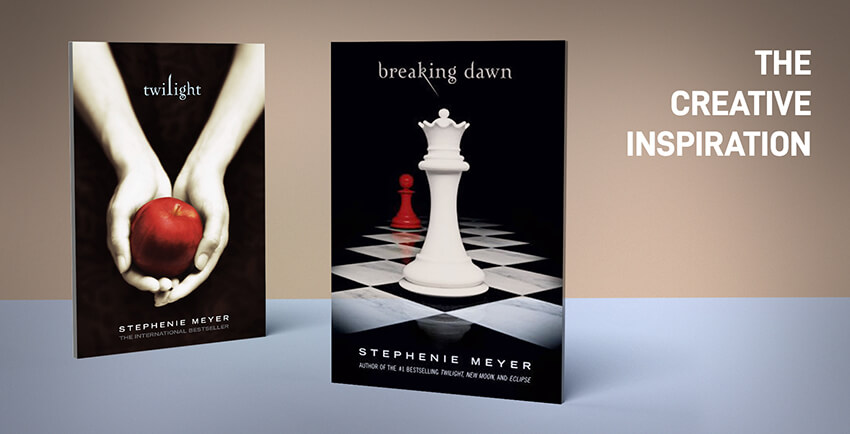 That’s all you need to know before getting your book cover designed. Didn’t seem like that much of a big deal, did it? Last tip: always hire an experienced designer!