Vector v Raster: which one is good for logo design?

Home » Logo Design » Vector v Raster: which one is good for logo design?

Amongst innumerable debates in the design world, a question often arises: should designers create raster logos or vector logos? For a layperson these terms might stimulate confusion but all the same, anyone even remotely associated with logo designing (especially brands) must know the difference between a raster and vector logo or a vector image in order to understand exactly which one of the two should they be using!

You may ask the question: why do I as the CEO of XYZ organization need to have sound knowledge regarding these technicalities?

Answer: your logo is amidst the most significant asset of your company and opting for a format which makes your logo irresponsive or inflexible to certain mediums of advertising might certainly have consequences for the success and reputation of your company.

Before you understand which one to select in the vector v raster debate, let us clear the fog on what exactly is a raster or vector image/logo?

Vector v Raster: What is a Raster and a Vector logo?

In simple terminology, a raster image (contradictory to a vector image) is a collection of colored squares, accumulated to form an image within a grid which is scalable but with limitations. In easier language a raster logo is made usually on a software such as Adobe Photoshop where pixels govern the design eventually resulting in “pixilation” of the logo if it is scaled beyond a certain limit.

Consider the example below. This is how a raster logo would look like if we magnify it too much. The image is formed by a collection of tiny pixels as mentioned earlier. The image you see below is called a bitmap image where you can view the tiny pixels which the raster logo is made up of! 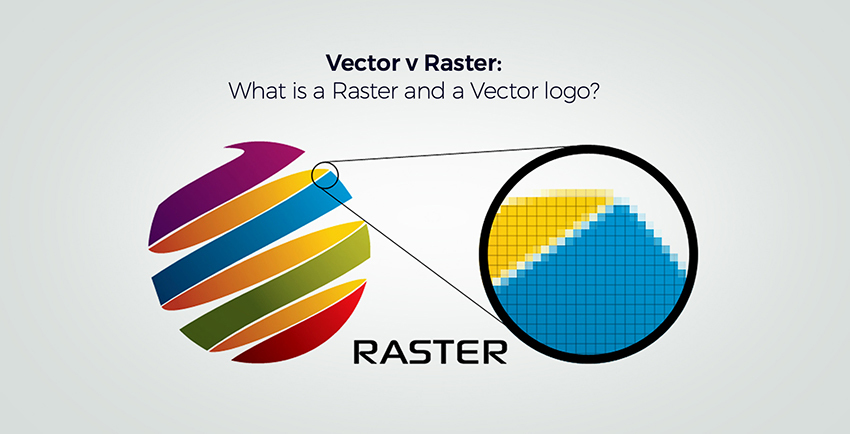 A vector logo or vector image as opposed to a raster logo/image, is an amalgamation of points and lines, with an undefined scope of scaling the vector logo’s size in accordance with your requirement. 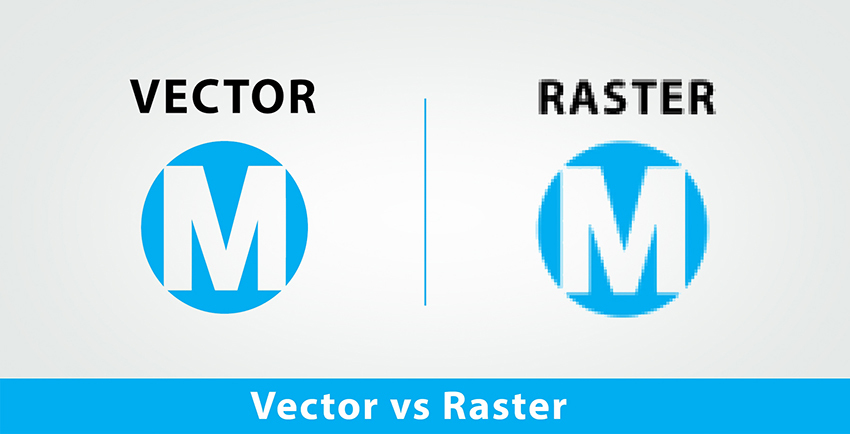 If you’ve ever had the experience of visiting a printing shop to get your logo printed on a bigger backdrop, you most certainly might have been asked for an a.i file of the vector logo. That’s because any jpegs or gifs will cause bitmapping of a vector logo since it has then been converted into a raster image. Hope that’s clear enough! 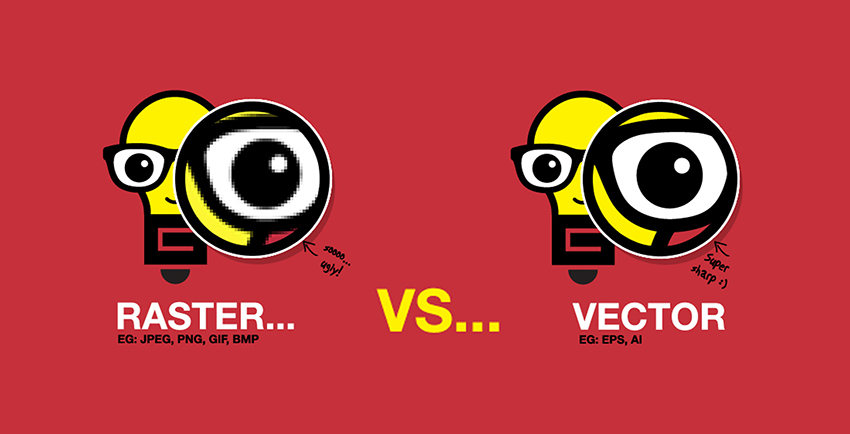 Vector v Raster: So which one should you choose?

Though it’s clear that our vote goes to vector logos in this regard, the final decision is based on one more question:

Where do you intend to use you logo?

This is extremely important especially since your logo is after all your brand’s identity. If you’re not planning to cross the digital border that is your logo is primarily for a website or your brand is purely an e-commerce brand / online business, there are endless possibilities in creating a raster logo on photoshop for instance. You can even animate the logo for a more appealing look!

On the contrary if your vision is to extend the business beyond digital horizons, a vector logo is your lifelong companion.

Next time you’ve been given a jpeg for your logo, you know what to do. You’re welcome!